Nextcloud supports a simple file Version control system. The version control creates backup copies of files that can be accessed by clicking on the three points next to the file, in Details, in the Versions tab. This tab contains the history of the file where you can revert a file to any previous version. 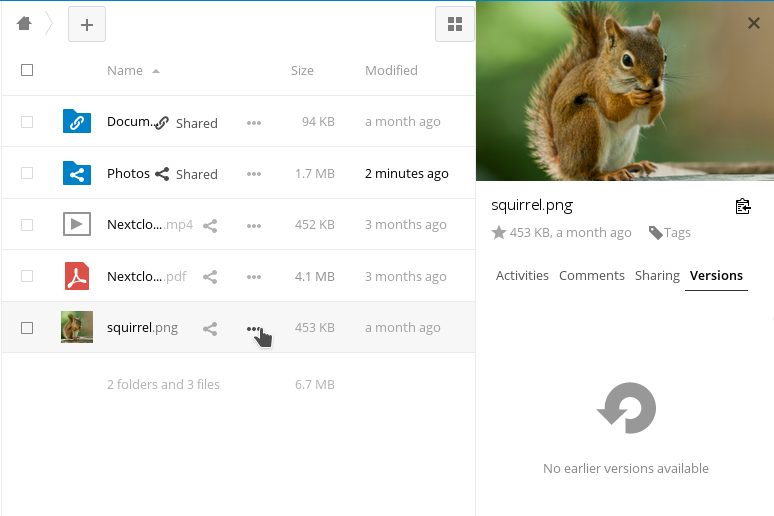 To restore a specific version of a file, click on the circular arrow on the left and then click on the time stamp to download it.

The version application automatically expires the old versions to ensure that the user does not run out of space. This pattern is used to delete old versions:

The versions are adjusted along this pattern each time a new version is created.

The application of the version never uses more than 50% of the free space currently available to the user. If the stored versions exceed this limit, Nextcloud removes the older versions until it reaches the disk space limit again.